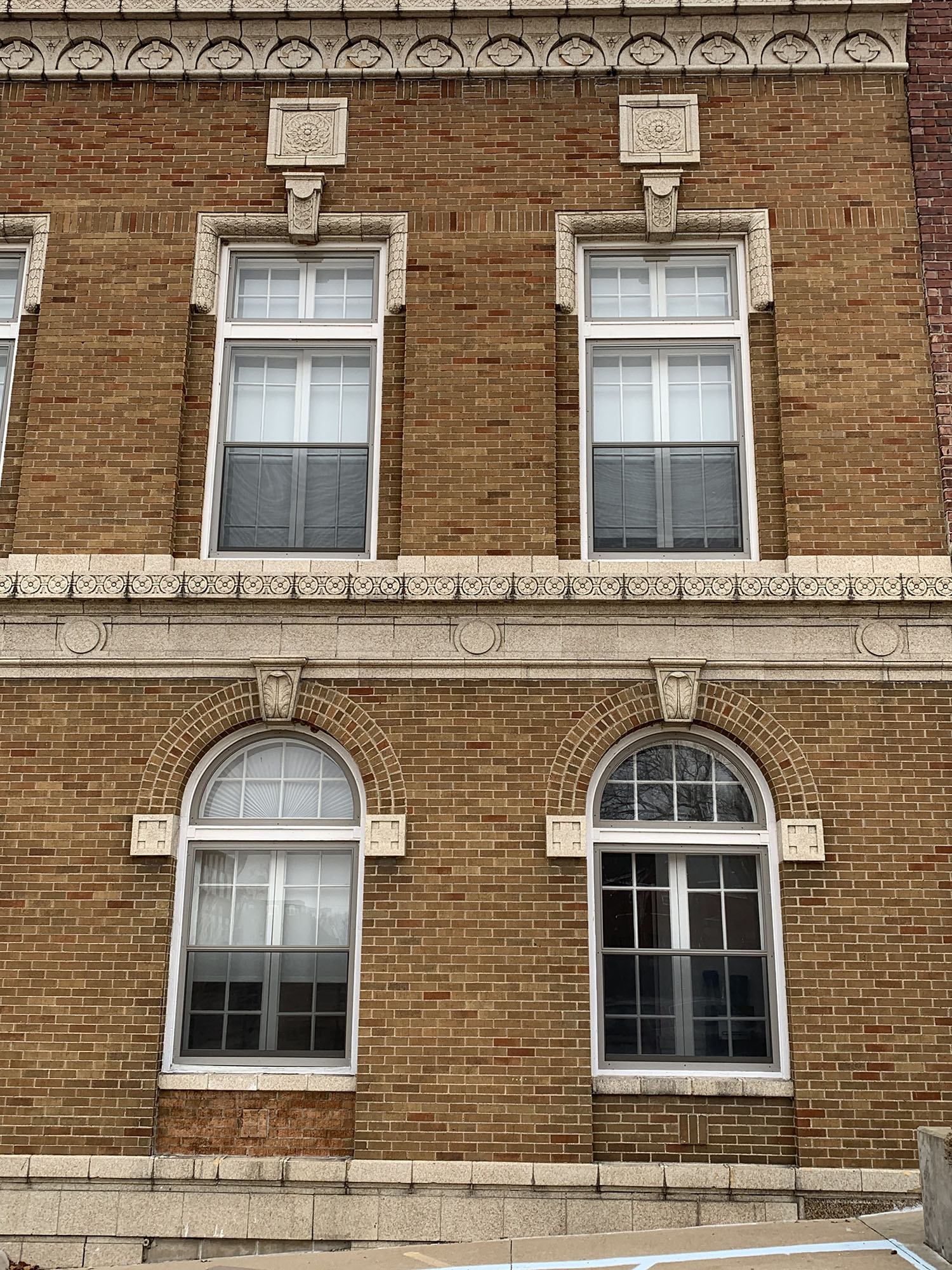 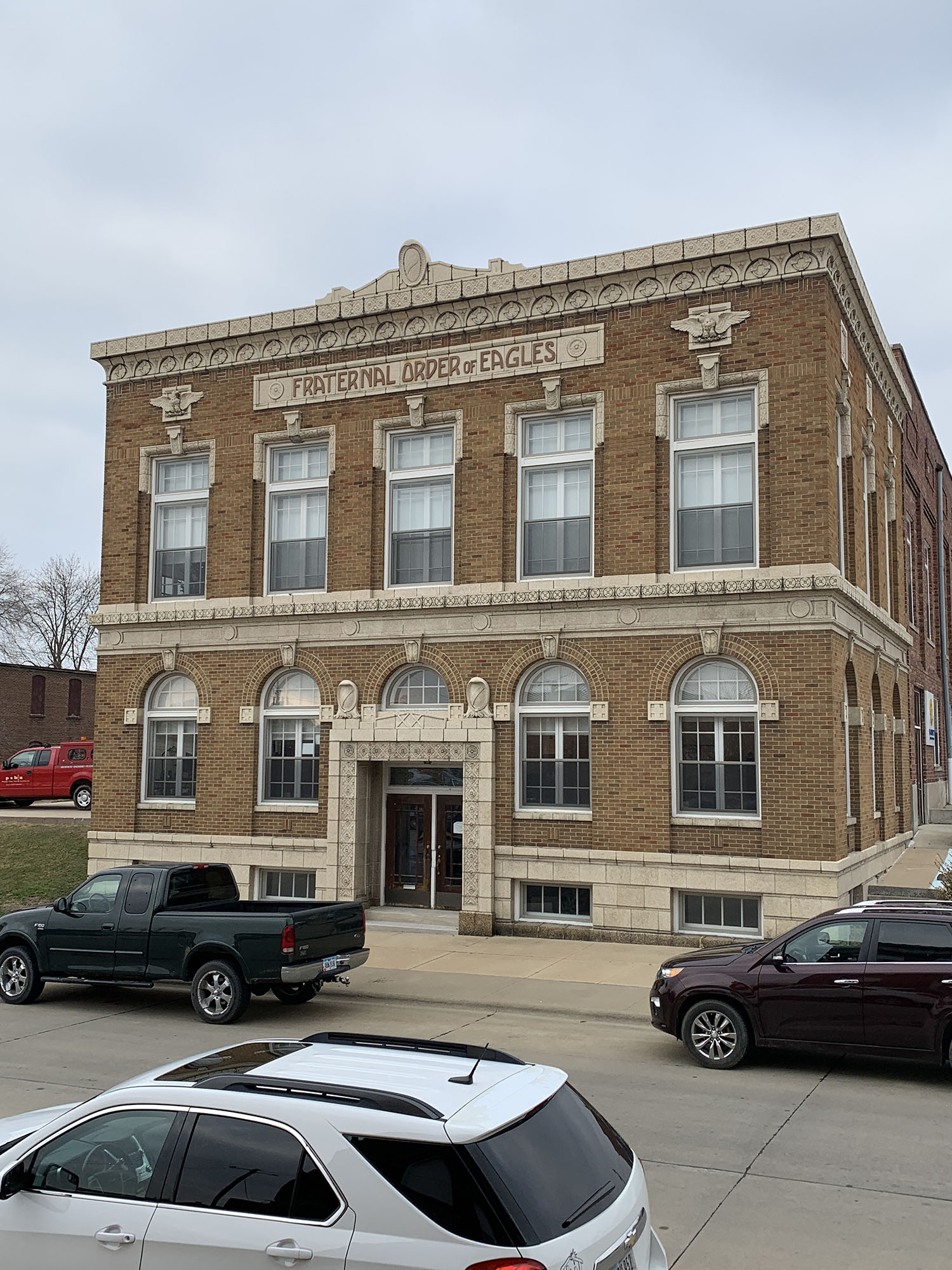 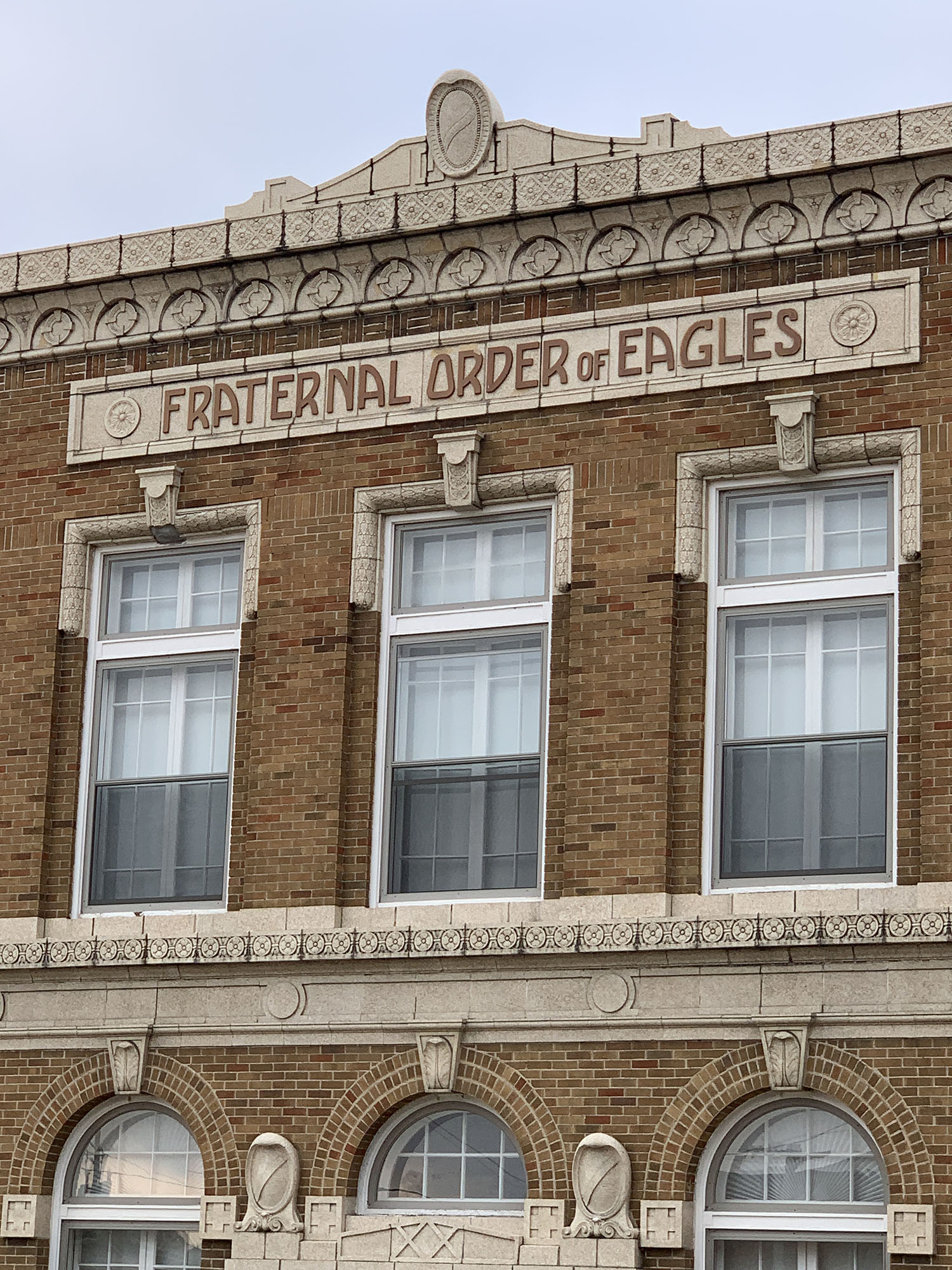 PSBA Inc. was selected to design interior and exterior renovations to what was known as the Eagles Building in Keokuk, Iowa. This building was built in 2 phases: 1925 and 1928. The building once housed the Eagles civic group and later a variety of commercial ventures for many years. Unfortunately, the building sat idle for years creating a great need for repairs as the building was planned to be renovated and re-purposed.

The area of the building is approximately 19,000 square feet. Unique features about this project include: Decorative terra cotta work, energy efficiency, historically sensitive remodeling, and numerous “green” features. The roof garden utilizes Sedum, a green roof product, that helps reduce water runoff and lowers the temperature of the building in the summer months. Most of the building’s original windows were rebuilt and reinstalled.

This project included coordination with the Iowa State Historic Preservation Office and the Federal National Park Service to convert this building into 3 large residences and 3 offices.

The exterior remained substantially as original. A detailed window analysis and repairs were performed as part of the project. Storm panels were added but, in a design, which followed the muntin pattern of the main window. The exterior brick and terra cotta were selectively tuckpointed using NPS standards. The interior of the walls was insulated to the maximum extent possible without jeopardizing the historic trim of the existing windows. An elevator was added for ADA compliance. Major floor and roof structural repairs were required.

The project was eligible for Federal and State Historical Tax Credits. A $610,000 I-Jobs grant through the Iowa Economic Development Authority also helped make the project feasible. The long-term impact of this project will be to encourage others to maintain other existing downtown buildings through adaptive reuse.