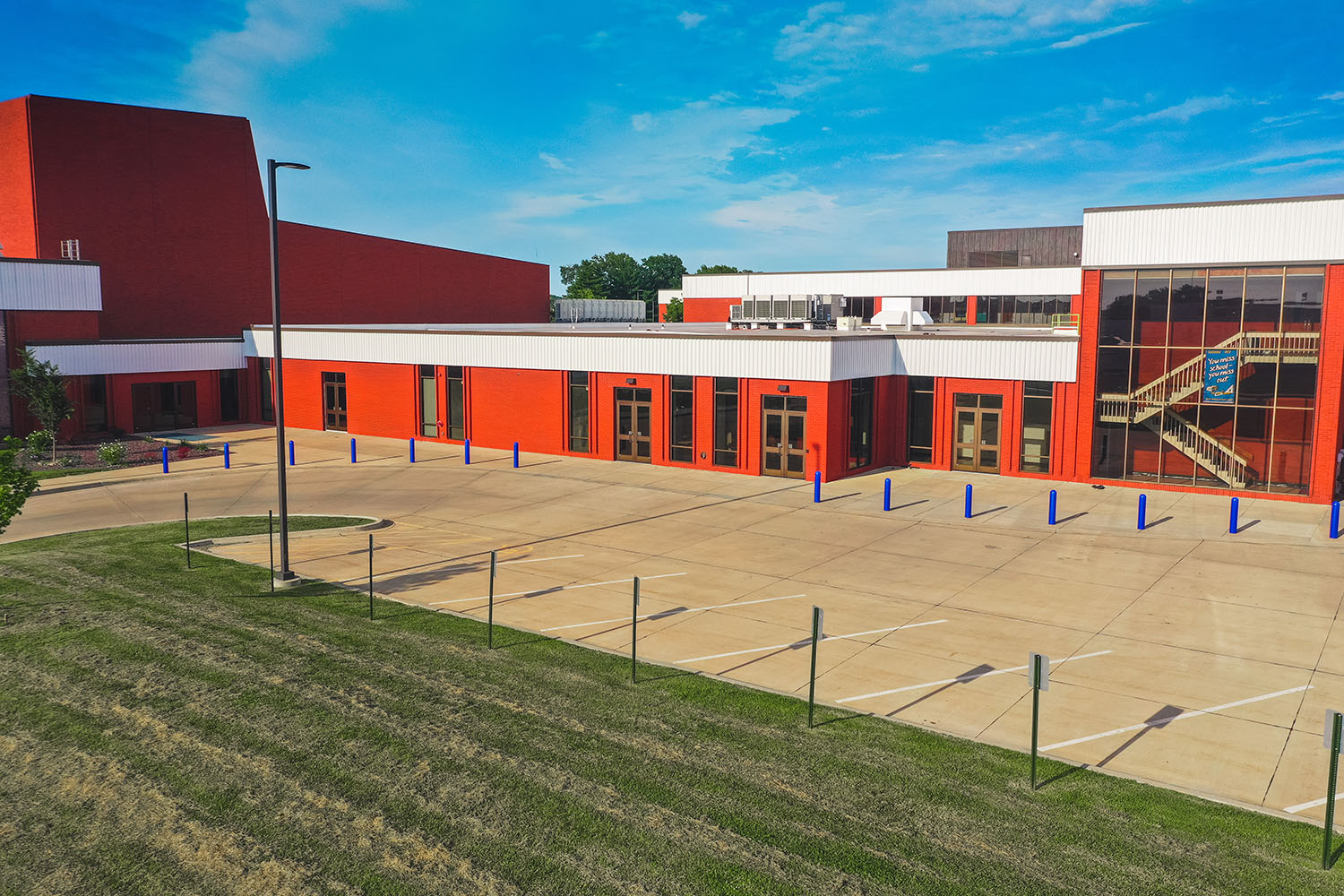 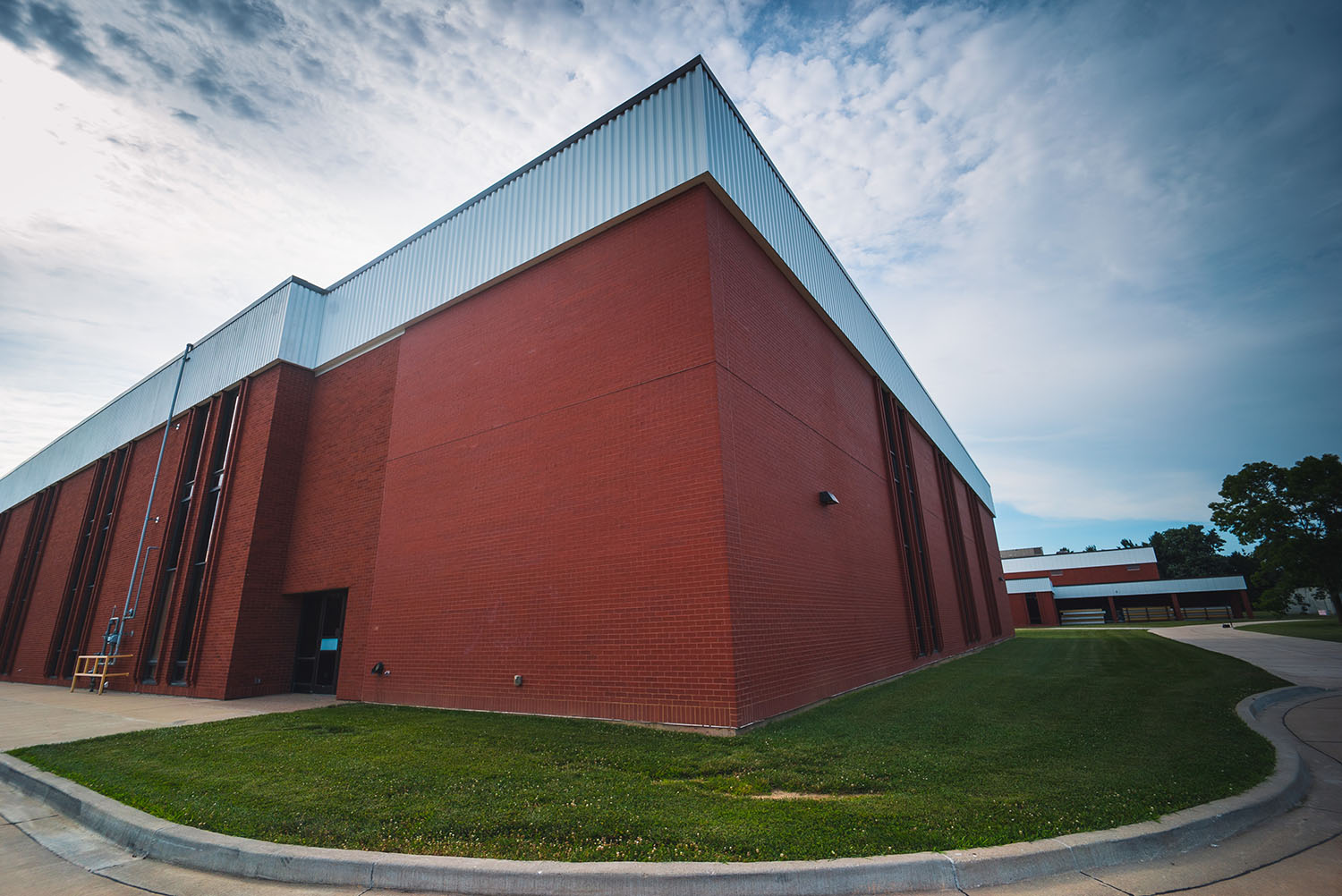 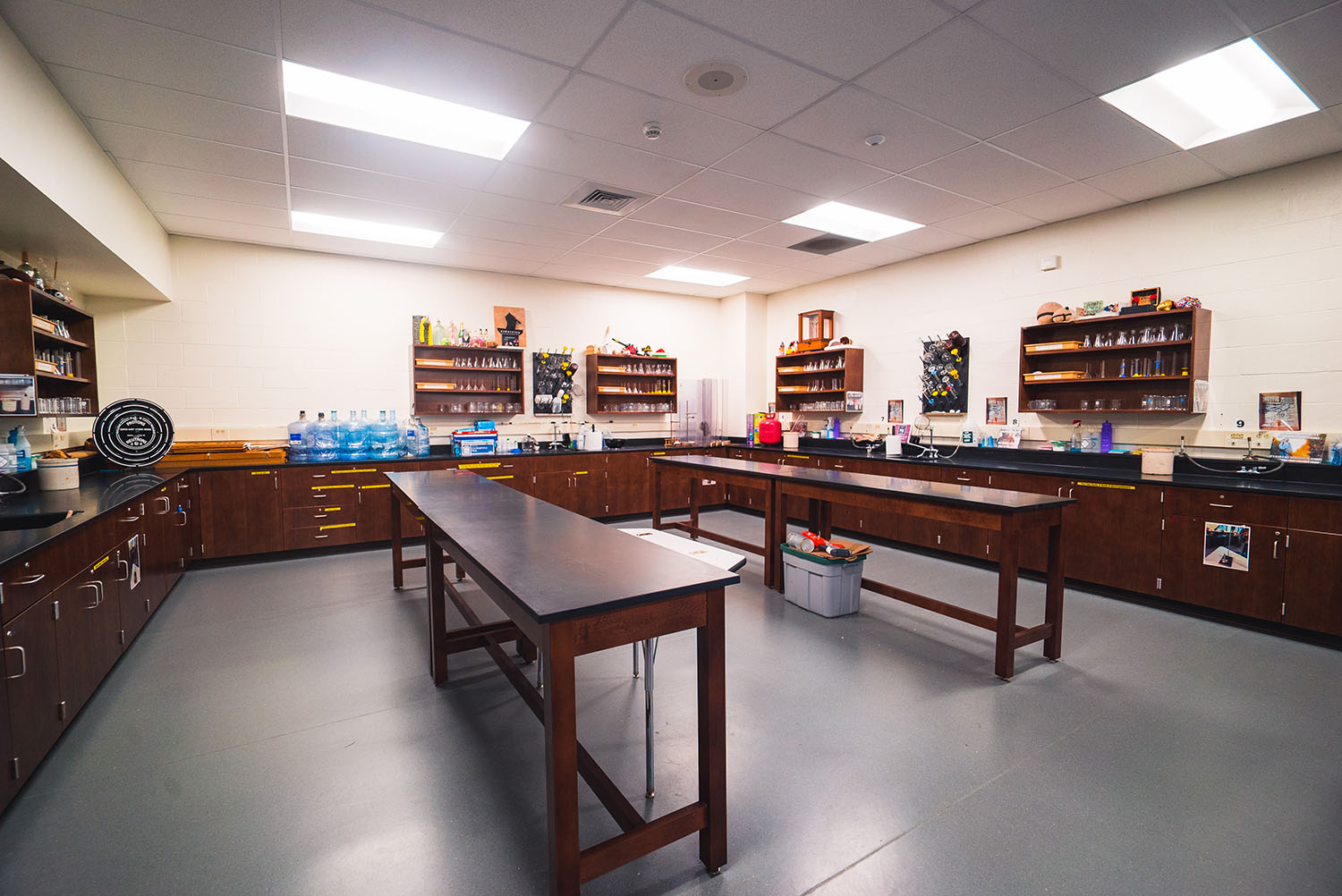 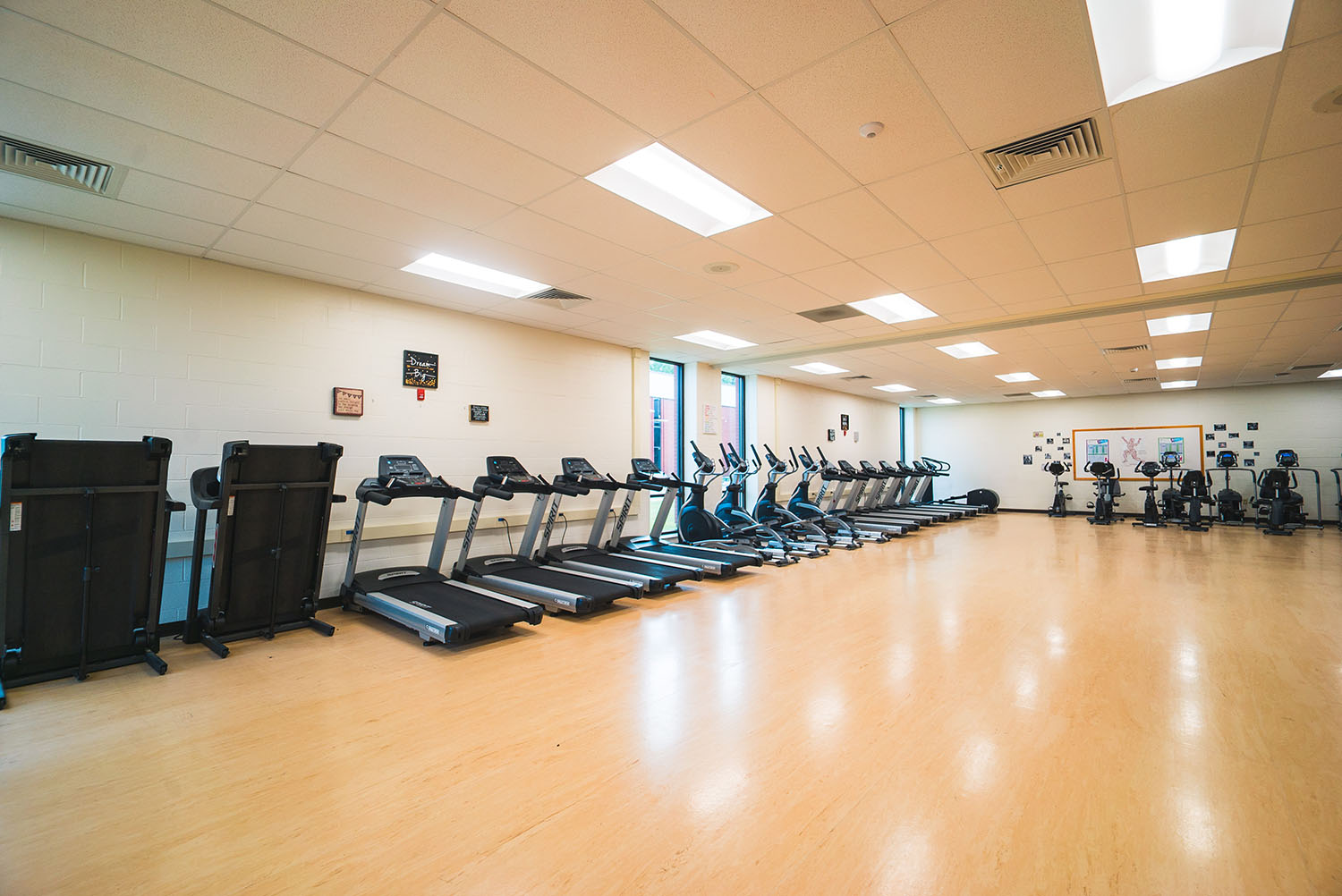 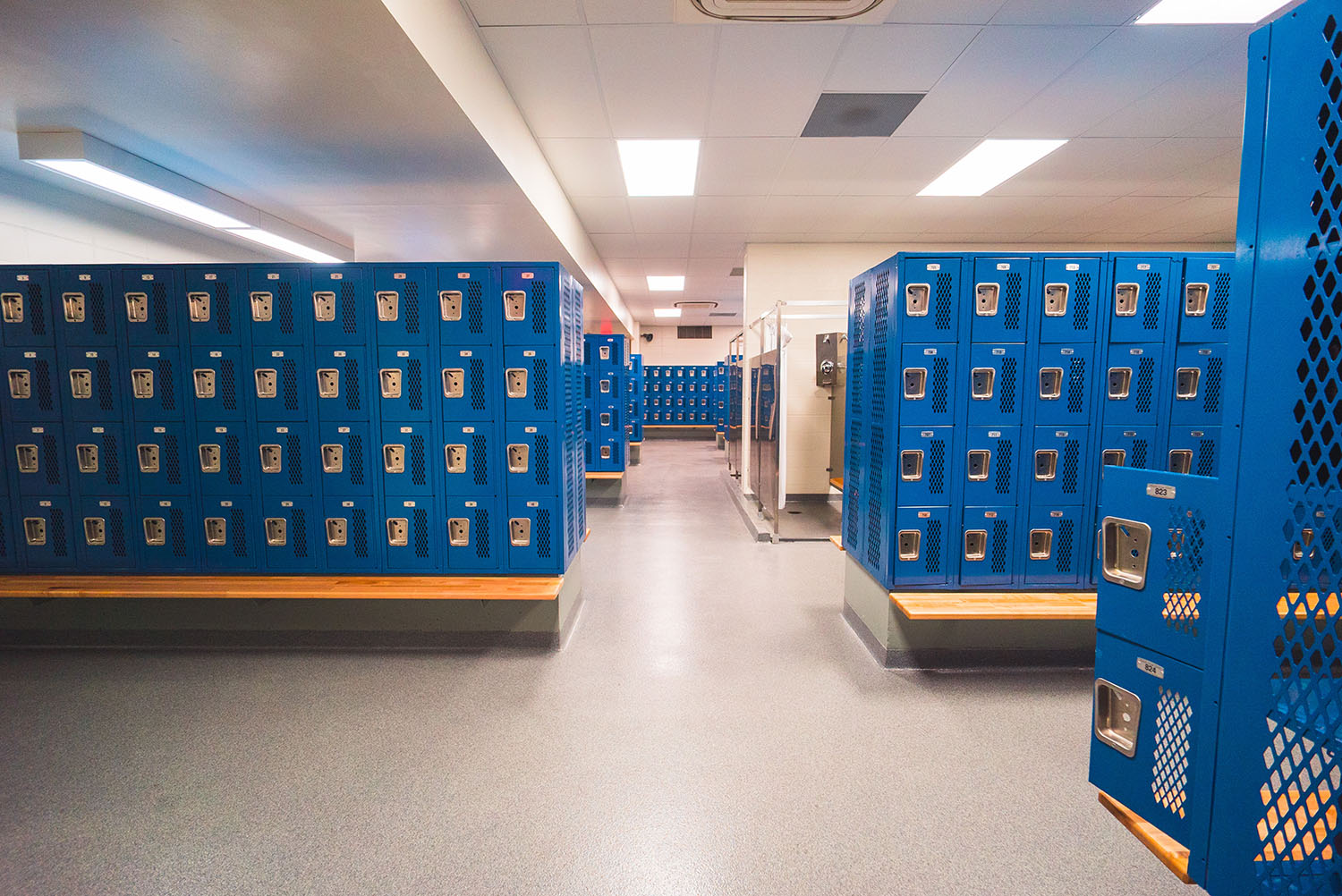 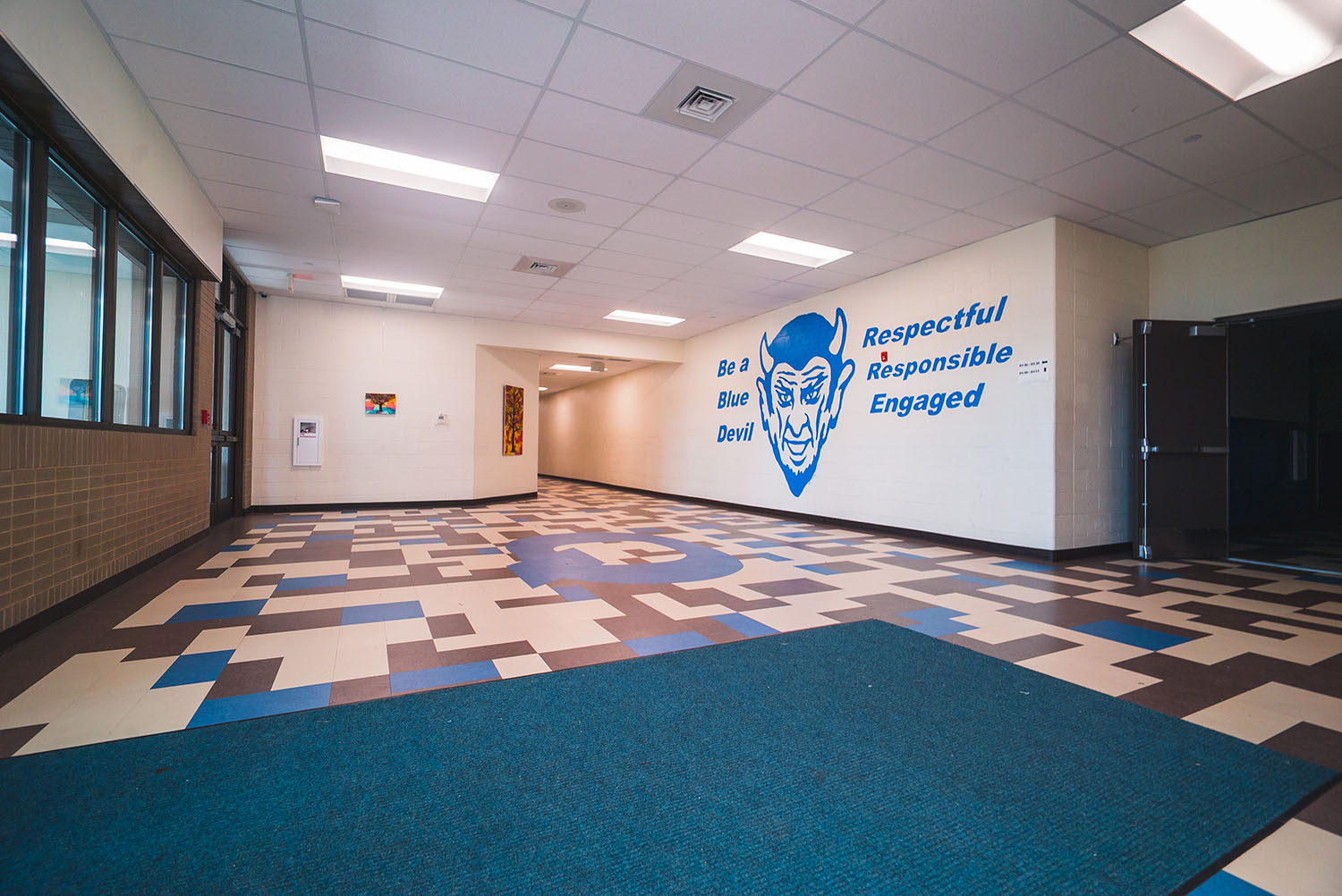 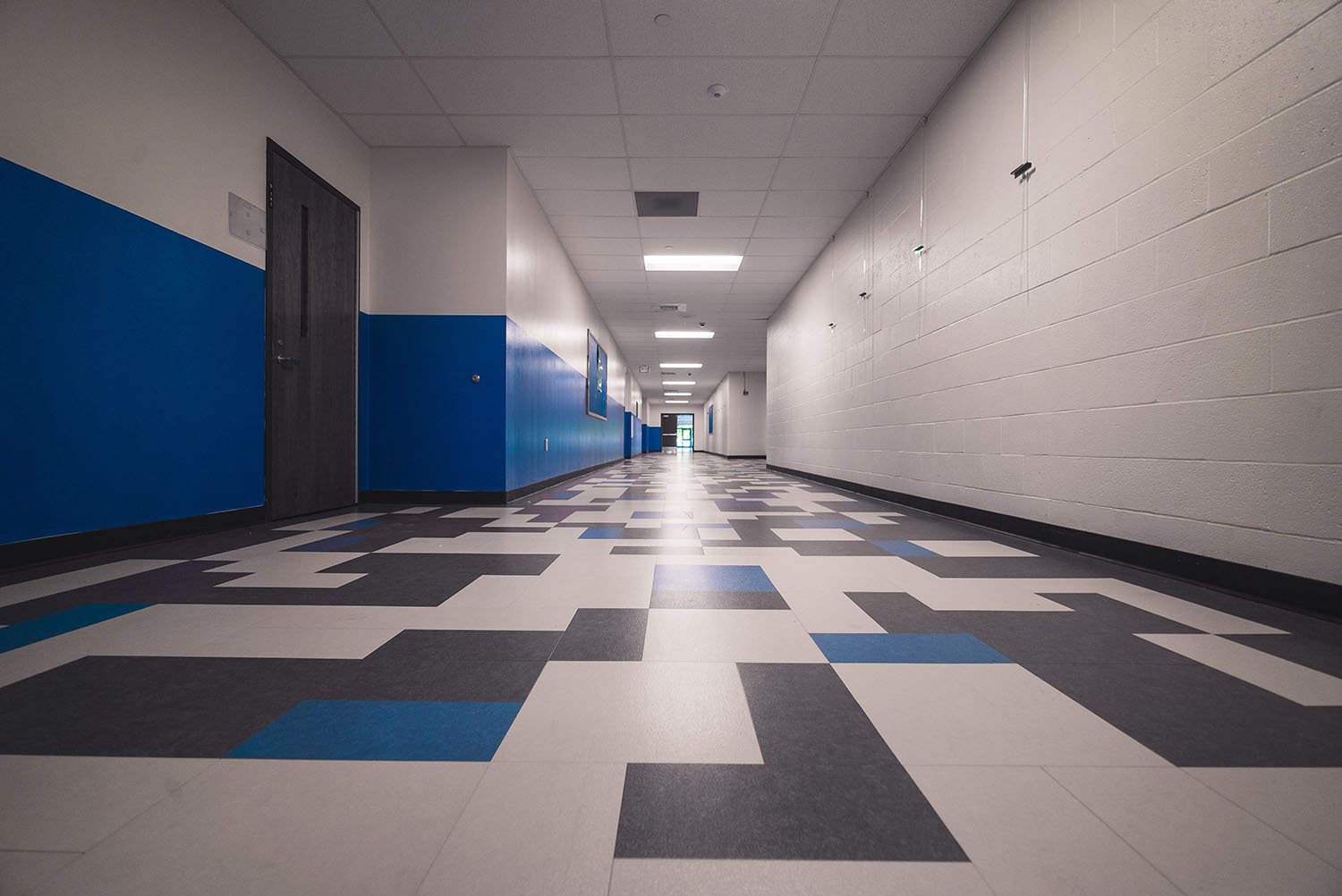 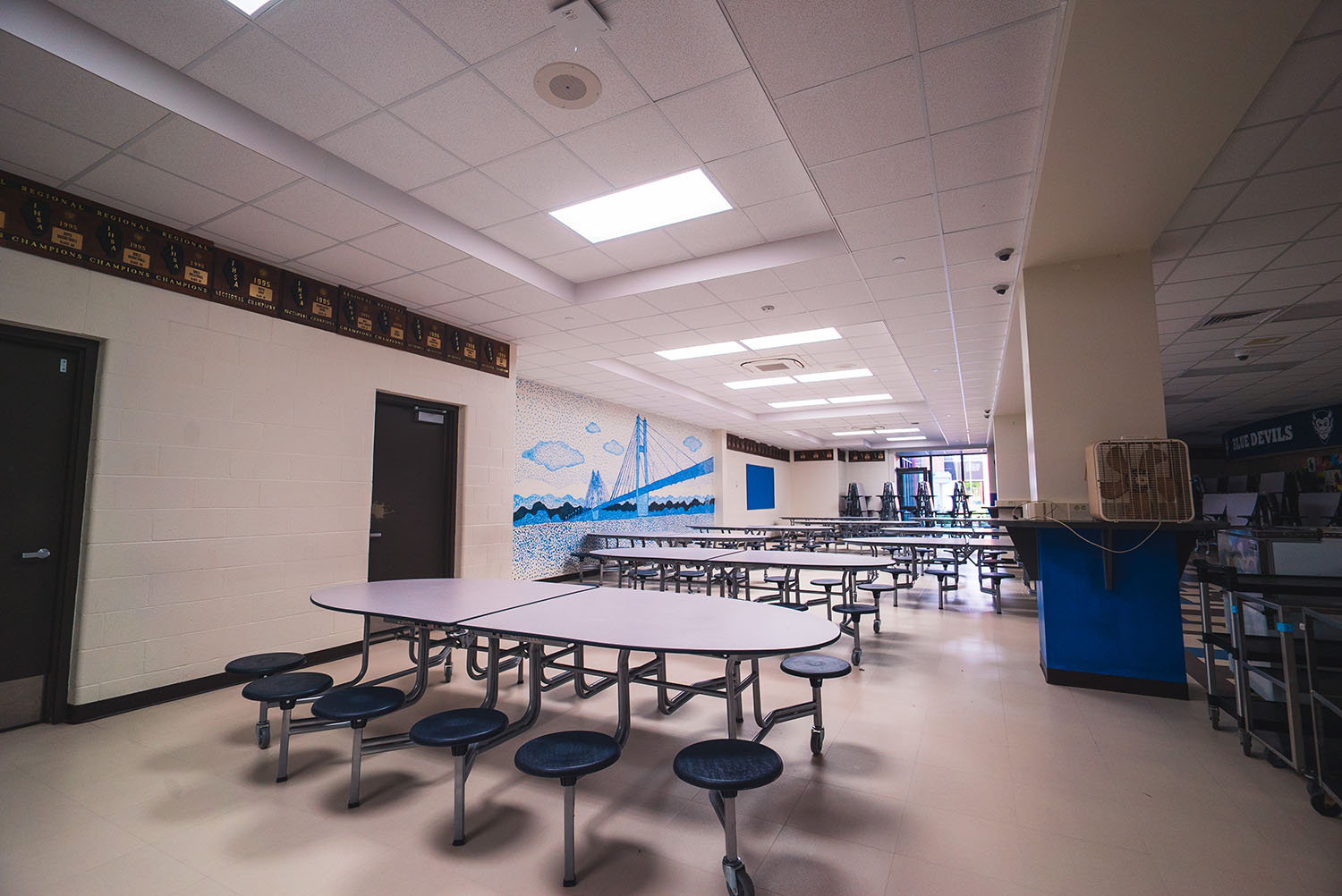 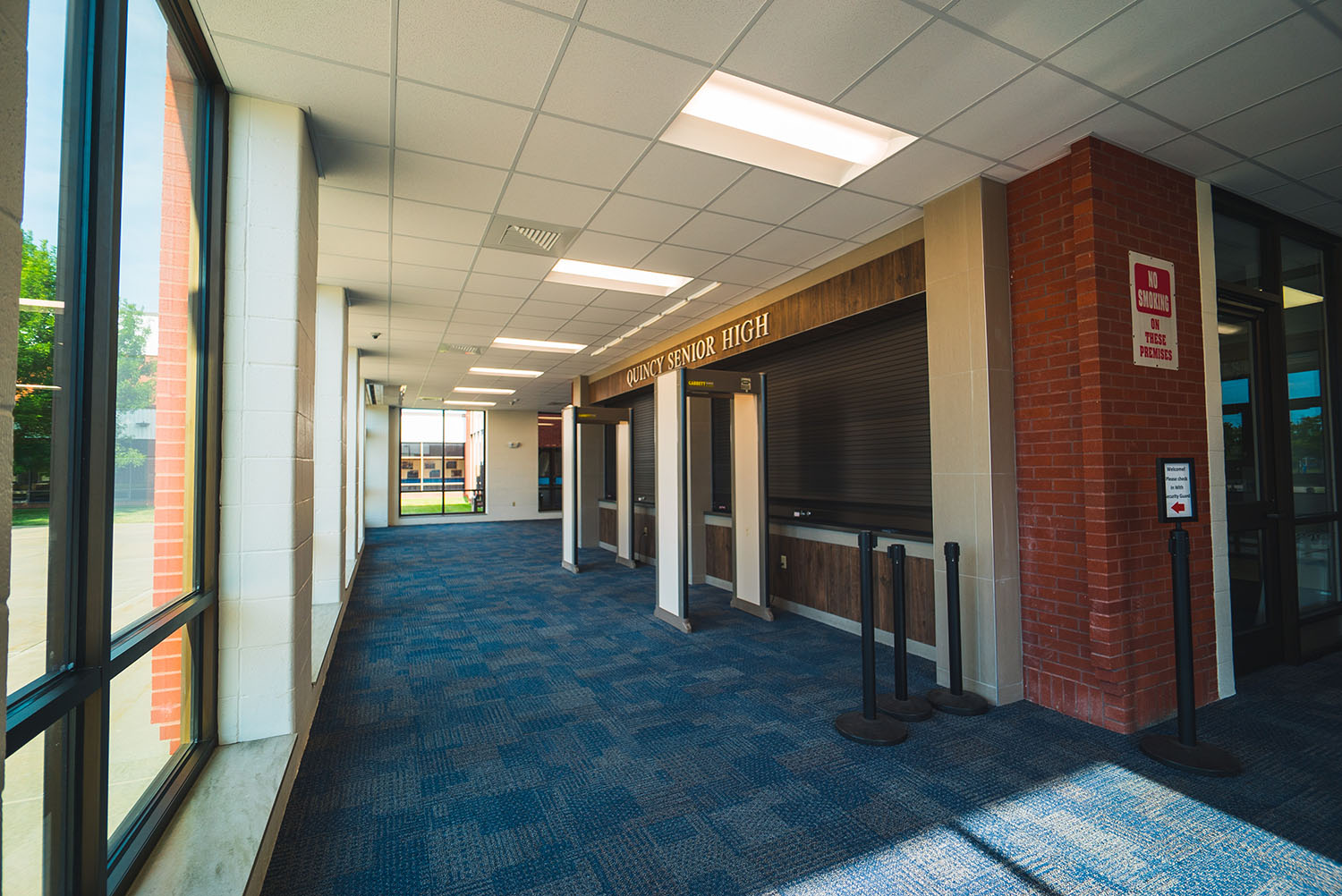 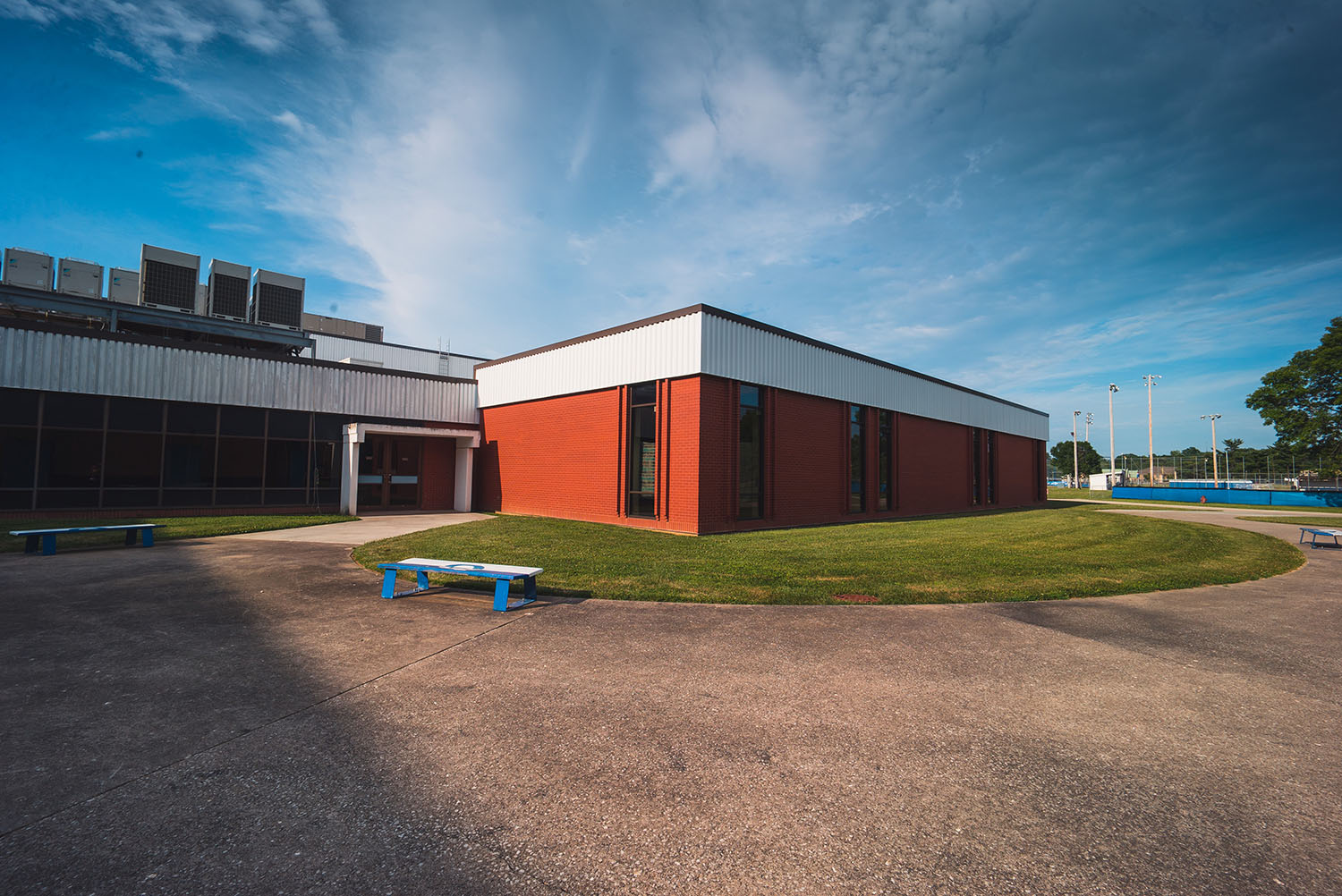 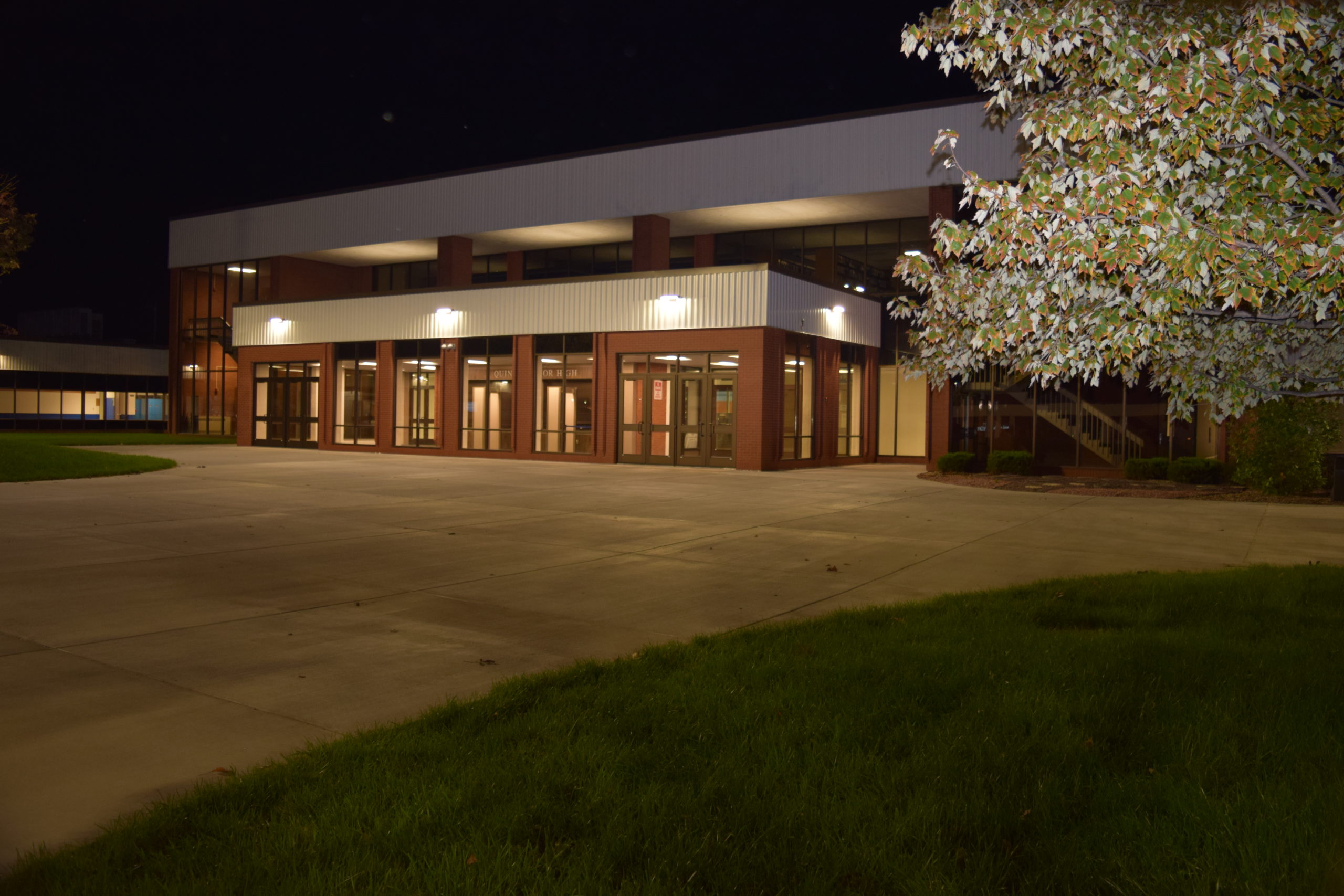 PSBA was retained by the Quincy School District No. 172 for the design of the renovations and additions to the high school. The eight-building complex was originally opened in 1972 for grades 11-12 and later included grades 10-12 without any expansion. This project expands the facility for grades 9-12. Recent Illinois legislation mandated that tornado shelters were to be added to new elementary/ high schools and to school renovation projects. This was accomplished with a new addition that is also a tornado shelter that can accommodate 2,600 people.

Construction occurred during the school year while students were in attendance. The majority of the most disruptive construction was completed before and after school hours.

To achieve the aggressive construction schedule, the construction project was released in six different bid packages. Two of these bid packages included asbestos removal. The School Board did not approve the design contract until January 21, 2015 and first bid package was released for bids in April 2015. Construction was completed to allow school to start on August 22, 2016. The project scope is as follows:

Building B – A new 1,819 s.f. one story addition was added to the north that serves as the main secure entrance that also houses an office for the security guards. The existing administration area was repurposed to house the main office, the guidance counselors, and the dean’s offices. The existing student locker areas were removed, and new administrative offices were added. On the west side, new offices were constructed for the vice-principals, the registrar’s, and administrative staff. On the east side, a new nurse’s office with exam, storage and restrooms were constructed along with an In-School Suspension classroom with its own restroom.

Building C – A 3,447 s.f. one story addition contains 2 fitness rooms that can be converted into 3 fitness rooms with the use of a foldable partition wall. The existing boys’ and girls’ locker rooms were completely renovated to accommodate the extra students. The girls’ locker room was expanded into the former health classroom. New showers were added for both the girls’ and boys’ athletic use. The showers were designed as individual compartments with a dressing area at each shower.

Building E – This is a two-story addition on the east end with 4,290 s.f. on each level. There are four new history classrooms on the first floor and two chemistry labs with a laboratory storage room on the second floor. The new chemistry labs are used for honor and advancement placement students in grades 10-12. The District also converted two classrooms on the second floor into new biology laboratories.

Cafeteria – the existing cafeteria had a capacity of 553 students and was expanded by 1,782 s.f. to accommodate the extra students. Improvements include new tables with attached seating, a new snack room with a coffee bar and new kitchen equipment to allow more meals to be served. The configuration on how food is served was revised for the extra students and new food serving lines were added with tray slides. The existing carpet flooring was removed and replaced with luxury vinyl tile with color patterns to delineate the aisles.