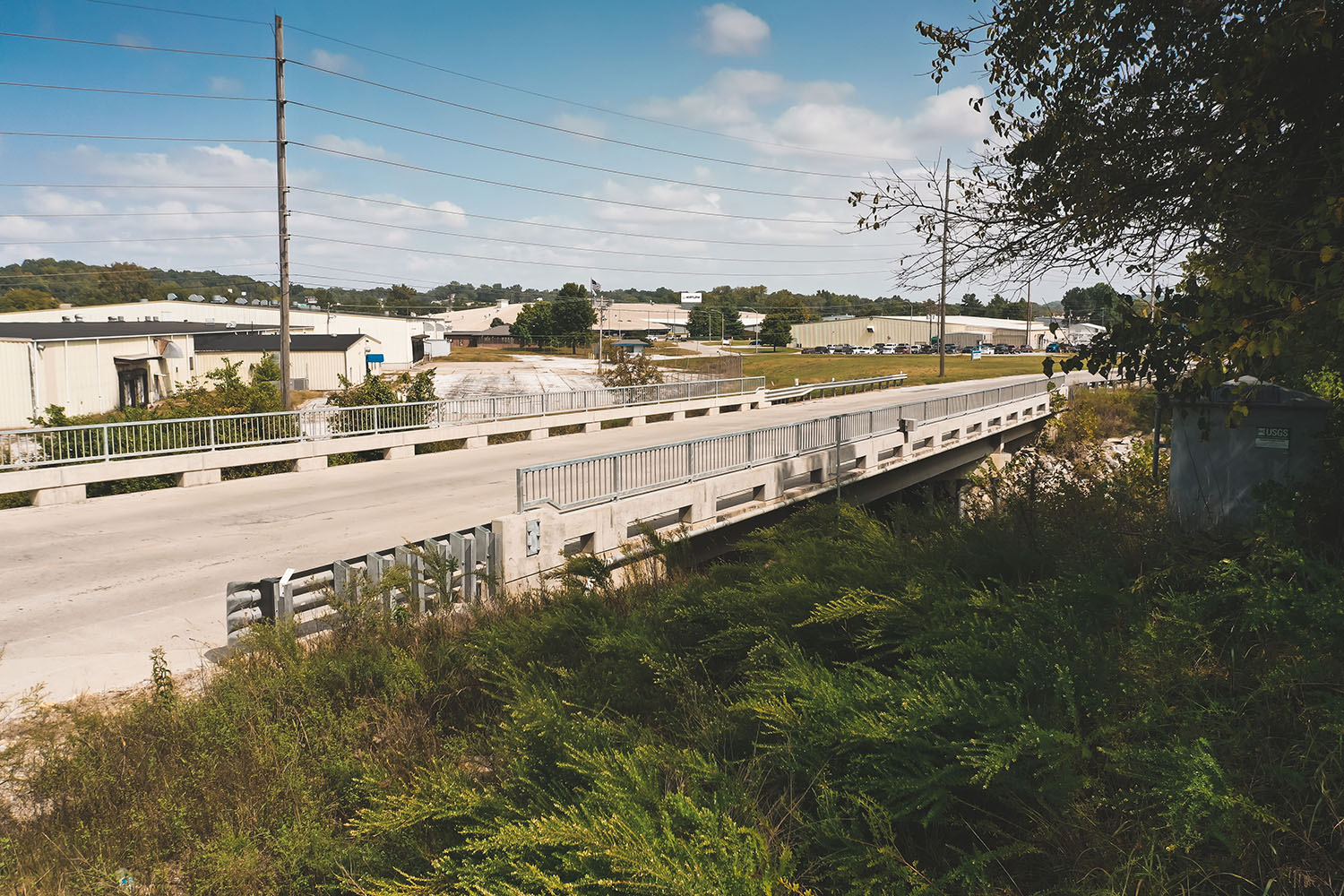 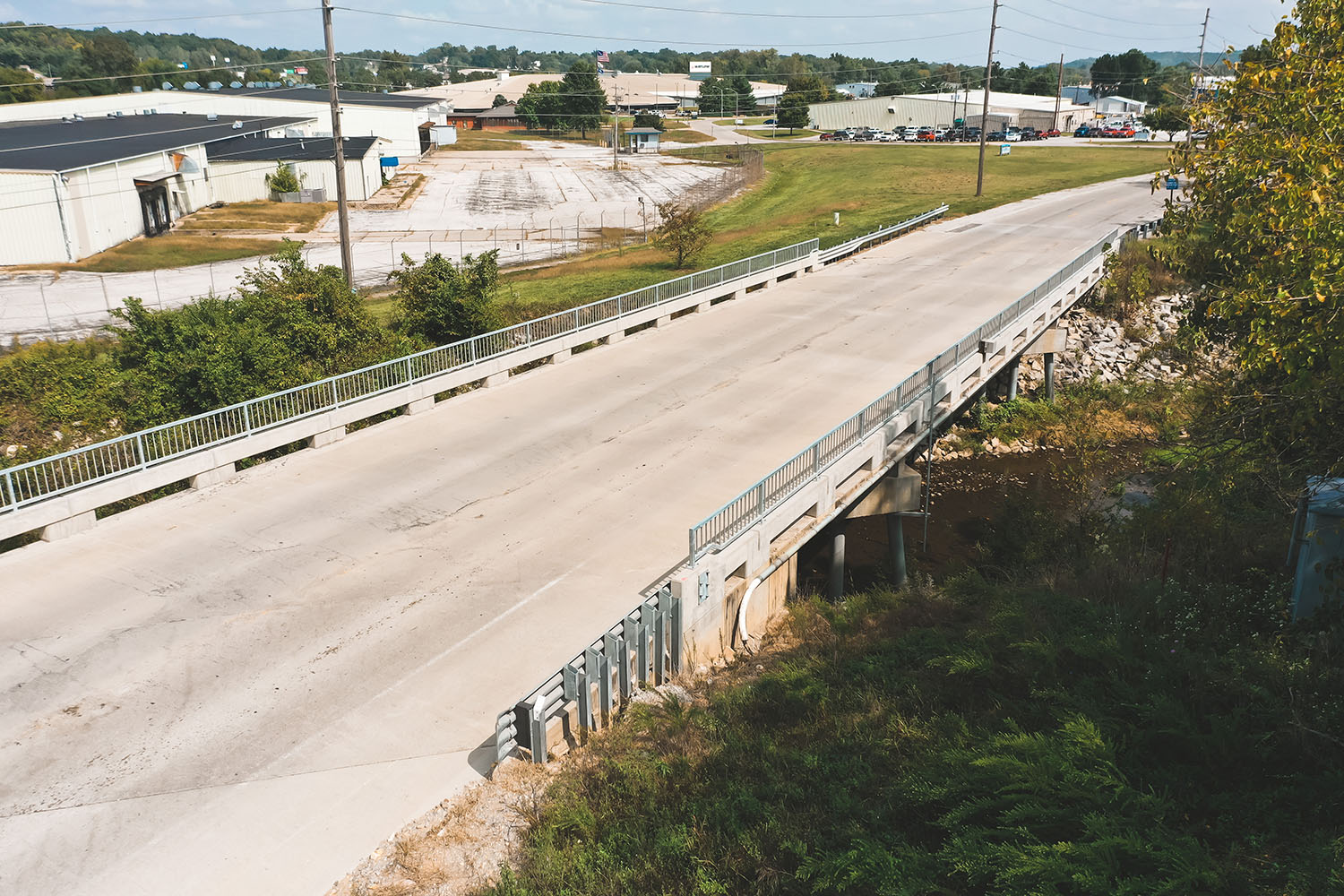 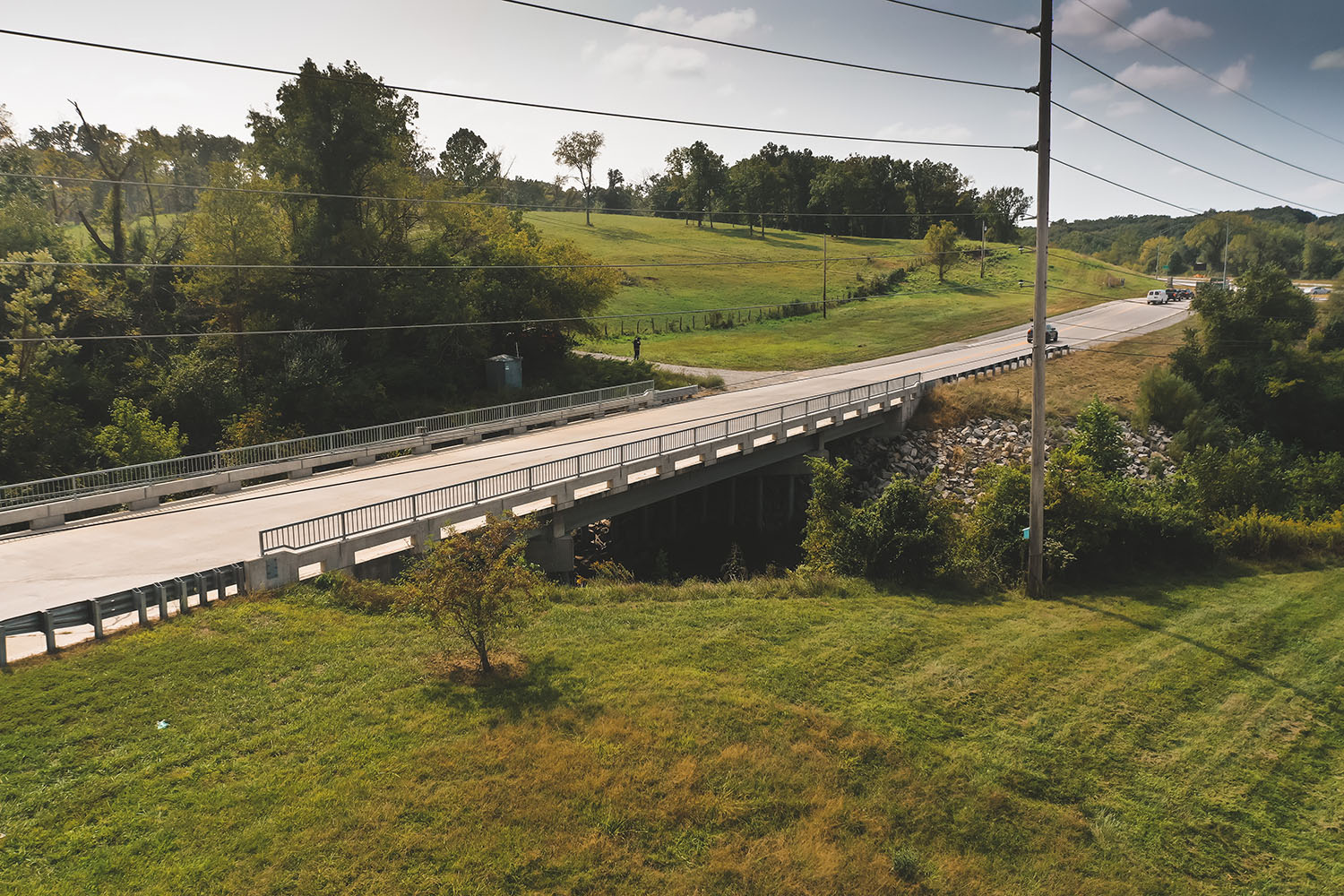 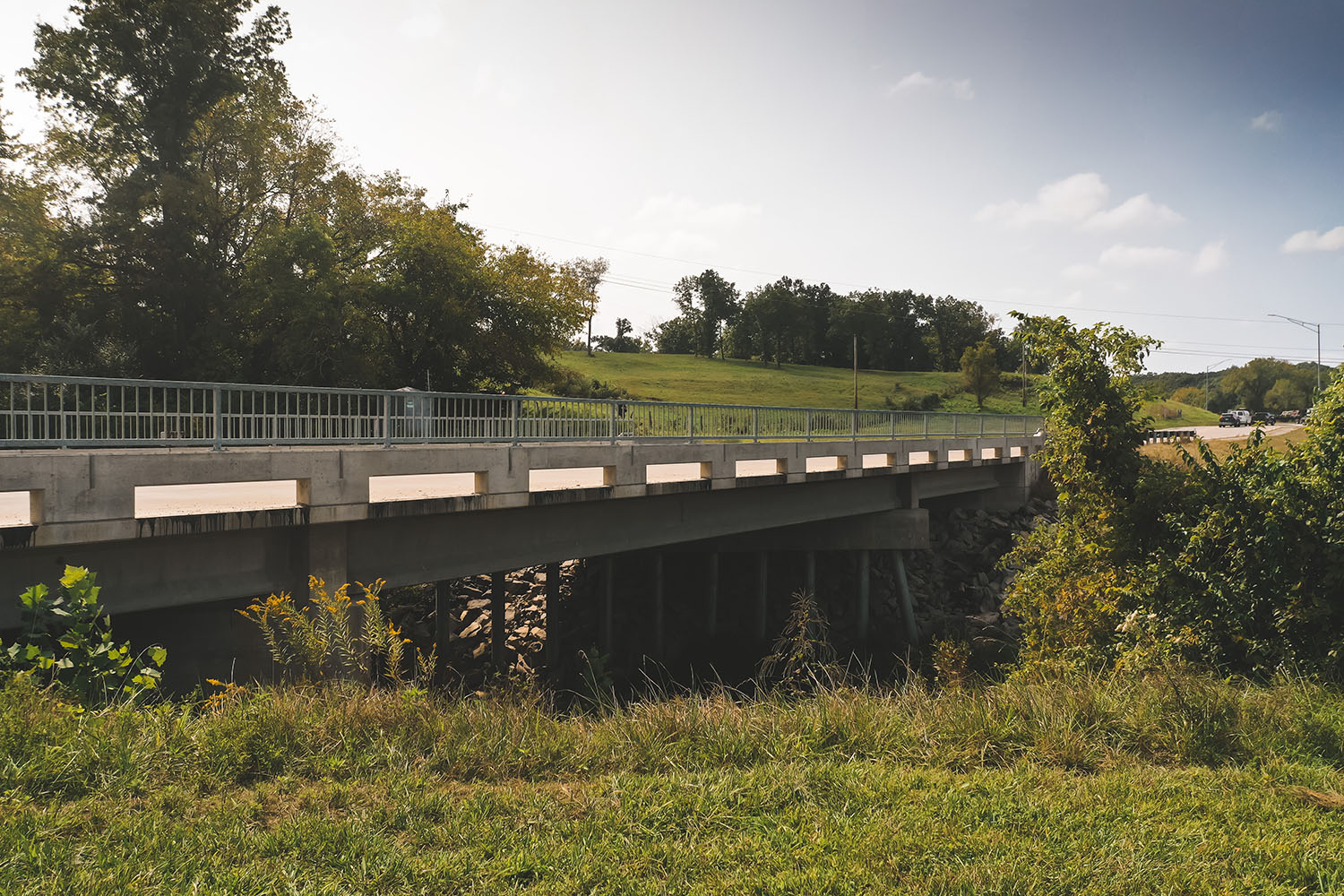 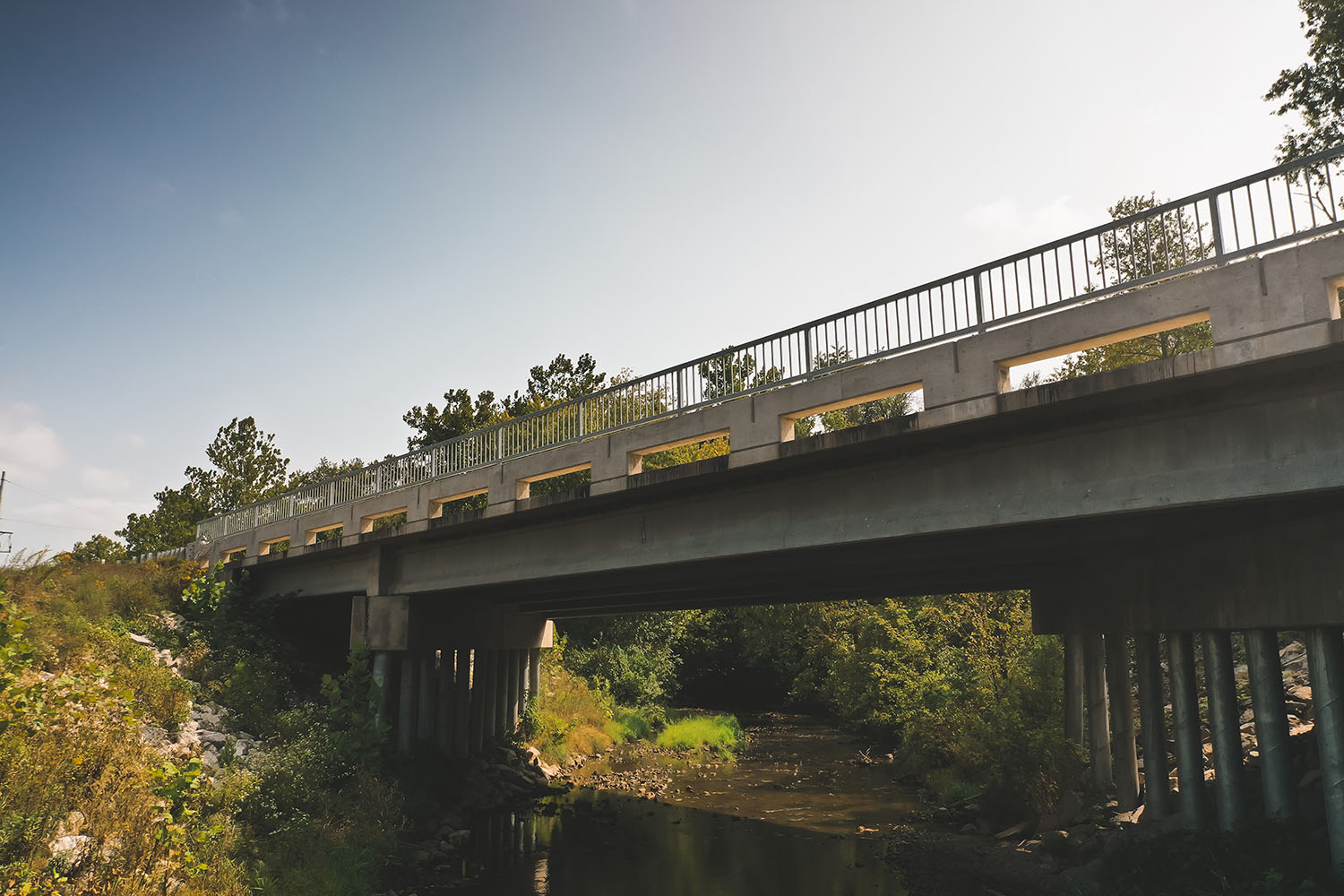 Warren Barrett Industrial Drive Bridge Replacement – This emergency replacement project was required for the City of Hannibal’s Industrial drive following a bridge inspection that lowered the posting on a deteriorating bridge to 3 Ton. This is a bridge that crosses Bear Creek and serves a vital industrial park.

Warren Barrett Drive is a major corridor providing access to the City’s largest industrial park, and direct access to its historical downtown district from U.S. Highway 61 (Avenue of the Saints). The corridor was developed and constructed in the late 1970’s and early 1980’s. The original bridge was of precast concrete box beam construction which had severely deteriorated over the years. PSBA conducted a preliminary design report looking at replacement of the superstructure only and replace of the bridge. Due to several factors, one of which being the impact to local industry while the road was closed, the City decided to spend the additional funds now to build a complete replacement, rather than rehabilitate the structure knowing expected life of the rehabilitated structure was 25 years or less per MoDOT lifecycle recommendations.

Replacement of the structure also allows the structure to be widened, extending the City’s bike trail from the downtown district all the way to U.S. Highway 61. The new bridge provides a 6’ bike path on each side of the vehicular traffic lanes. The concrete bridge rail was extended vertically with galvanized metal Pedestrian rail meeting AASHTO requirement for the bicycle traffic.

PSBA expediently provided detailed plans and bidding documents for letting within 6 months after the notice to proceed. Local contractor, Bleigh Construction was able to complete this 3 span 130-foot concrete I-girder bridge ahead of schedule and under budget.